When I was pregnant with Mason, I wanted one of these positioners because I was so afraid that he would roll over onto his belly and he would be stuck there, not having the strength to roll back over.  Mason slept by the side of my bed in his bouncy seat for the first 3 months and it wasn't until after that that he was in his crib, so I never bought a sleep positioner.  Thank God I didn't!

I saw this  link on Channel 6 news website.  I think this is important enough to share.  Please tell your friends who might consider using one so no more little babies die unnecessarily.

WASHINGTON (AP) - September 29, 2010 (WPVI) -- The government is warning parents and caregivers to stop using infant sleep positioners - those soft fabric products that anxious parents put in the crib to keep babies safely sleeping on their backs.
The Consumer Product Safety Commission and the Food and Drug Administration said Wednesday they know of 12 infants in the last 13 years who died when they suffocated in a positioner or became trapped and suffocated between the positioner and the side of a crib. The infants were between the ages of one month and four months. Most of the babies suffocated after rolling from a side to stomach position.

CPSC has also received dozens of reports of infants who were placed on their backs or sides in sleep positioners and later found in potentially dangerous position in or next to the sleep positioners. 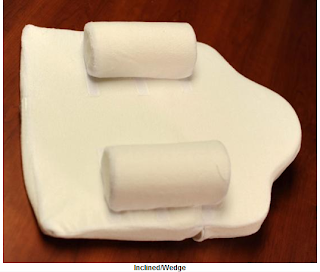 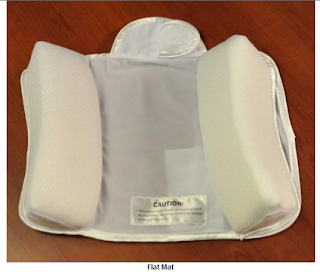 So, here's what the CPSC is telling parents to do:
Posted by Mommy at 11:06 AM